Nano Brow VS Microblading – Everything You Need To Know 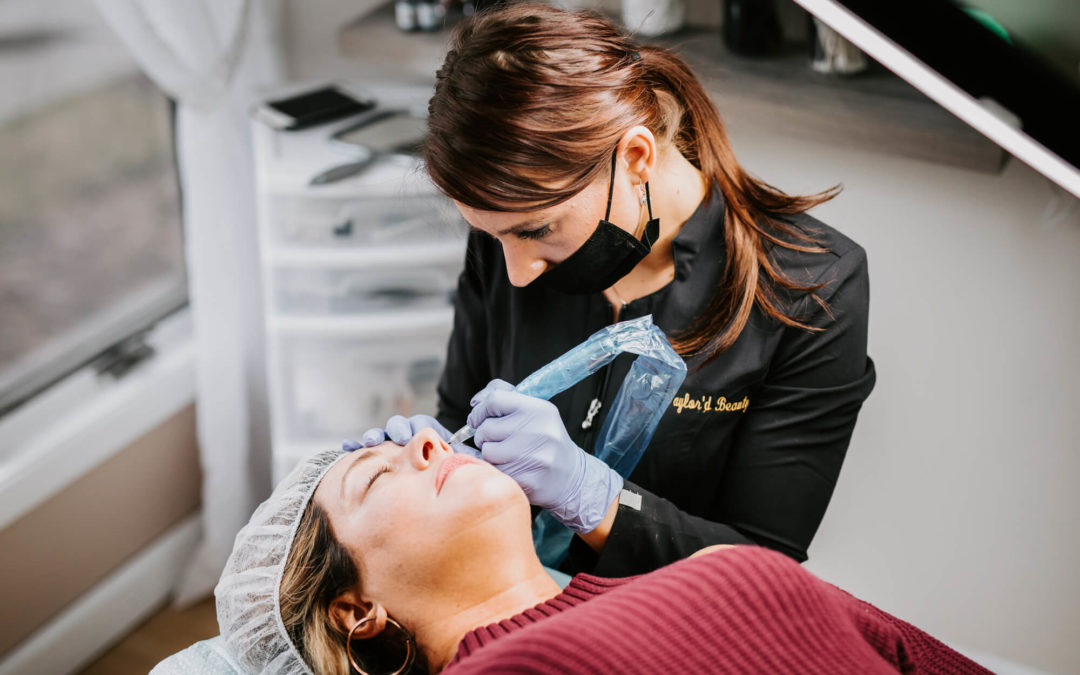 Are you looking for flawless Eyebrows?!

I am sure you have heard a lot of talk about Microblading. But what if I told you there is an even better technique out there, the Nano Brow!

They are both hair stroke techniques; however the Nano brow is much different than Microblading. Believe it or not the Nano brow has been around since the start of Permanent Makeup, back in the 1930’s! You may ask why haven’t you heard of it? It’s because Microblading is a very “American” brow procedure. You will find that throughout Europe and other countries, many licensed Permanent Makeup Artist will promote and perform only the Nano Brow. So what exactly is the big difference?? The Nano Brow is a much safer technique and is less trauma to the skin.

So what is the difference between the Nano Brow and Microblading?

Permanent Makeup Artists have identified the Nano Brow as a much safer technique with less trauma to the skin. Microblading implants the pigment into the skin using a handheld tool called a microblade. Typically this tool will have an array of needles, ranging from 9-14, which are closely placed together to form a blade. This tool is then used to create hair strokes by moving it across the skin. The blade will make small incisions in the first layer of the skin, called the Epidermis. The pigment is then placed on top of the skin which saturates into the hair strokes.

The Nano Brow, also known as Micropigmentation, actually gets its name from the needle used, a Nano Needle. This is a single Microneedle connected to a conventional needle device. This device moves the needle 120 times in one second. (Speed of the needle is dictated by the artist according the device being used. This case study is based upon the Linelle Supreme by Amiea) As the needle moves up into the cartridge, it grabs the pigment, and as it move down it implants the pigment into the Dermis, the second layer of the skin.

The Permanent Makeup Artist operating the device has complete control of the depth of the needle. The Needle sits approximately 0.89 mm outside of the cartridge which allows for the the Artist to work very superficial. Precise pressure is applied to create the perfect crisp hair strokes resulting in for very natural results.

Your healed results are the best part! Because the pigment with the Nano is implanted right into the Dermis, your hair strokes are crisp and clear. With proper technique there is no migrationtion. Your results and retention is much longer with the Nano brows

So why should you choose the Nano Brow??

It is less invasive, safer
The results last longer (on average 2 ½ yrs)
Hair Strokes are clean and crisp
Great for clients with oily skin
Heals within 7-10 days

Majority of clients will heal within 7 to 10 days depending on the client’s age and skin. To ensure beautiful results and long retention it is very important to follow your aftercare instructions. The most important care is within the first 3-4 days of healing.

How long do the results last?

In Nano, the results last on average 2 – 2 ½ yrs years before a refresh is needed. It is considered semi-permanent makeup.

Permanent Makeup has been since the 1930’s, however the industry has vastly grown; not only in technology used but also the style and techniques offered by artists.

Taylor’d Beauty was the first Artist and Academy in WNY to offer the Nano Brow over 2 years ago and continues to bring to you the latest European Permanent Makeup trends.


What is the difference between the Nano Brow vs. Microblading?

Why you should choose the Nano Brow..